Maybe you’ve googled this phrase before while looking for a new neighborhood in the NYC suburbs. Many of our buyers, like you, are searching for towns that offer some of the same amenities and conveniences as the city – walkable downtowns, access to transportation, and a community feel – that can make for a comfortable transition from the urban life that they grew accustomed to.

Here are some towns that are popular with our recent NYC buyers. 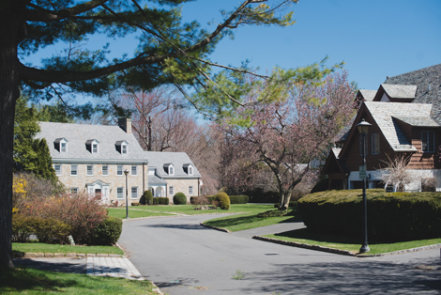 For buyers who want convenient access to the city and in-town amenities while still having the greenspace that you think of in the suburbs, Scarsdale is a great option. With an easy 35-commute to Grand Central, this appeals to those who may still be commuting several times a week. The architecture here has a mix of elegant Tudors, historic Colonials and some newly constructed homes fit for today’s lifestyle. Many homes are set on larger lot sizes than some of the surrounding southern Westchester villages, so this is an appeal for those looking for the space. The top-rated school district and nature trails create a well-rounded community for many city transplants.

This lush and charming Rivertown is about a 45 minute train to Grand Central but far enough away to feel like you are nestled into suburban life. At only 2.8-square-miles, it is a close-knit community. Buyers appreciate the lovingly preserved 19th-century architecture, larger residential lots, and access to nature. The downtown has quaint shops and a diverse mix of restaurants all with stunning river views. Within the Irvington Union Free School District, the Middle and High Schools are recognized by national schools of excellence.

For any buyers looking for larger lots without feeling too far removed, they may consider venturing further north in Chappaqua. Being just under an hour to NYC makes this an appealing location for those who aren’t needing to regularly commute. Chappaqua’s quaint downtown is known for mom-and-pop shops and a farm-to-table ethos. And the abundance of surrounding natural beauty is everything you could expect in a northern suburb town. There are also many neighborhoods within Chappaqua that are either walkable to the town or a short drive away, which many buyers coming from the city appreciate.

With only 12 square miles of land with a population of just under 21,000 people, Darien is the perfect place for those who are looking for a tight-knit community with plenty of opportunity for involvement. Many young families from the city are attracted to Darien because of its public schools, which are uniformly renowned and include the top-rated high school in the state. Others are also attracted to the town’s natural beauty and its active social, arts and sports cultures. Participation is the key to living in Darien, from sports programs to volunteering with one of the many charities or outreach programs. And for residents who are new to the area, the YWCA organizes newcomers groups for kids and couples for an easy transition to the community.

For commuters, New York City is easily accessible by car via nearby 1-95 or on Metro-North, which services the town with two stations, Noroton Heights and Darien. But with the recent approval of development in downtown Darien’s Corbin District, where “New York Meets New England”, there won’t be much need to travel elsewhere for a social scene. The development plan includes high-end boutiques, multiple exercise studios, luxury residential units, and office spaces in a one-of-a-kind architectural setting centered around a new town square. Several highly designed outdoor public spaces will complement the area, hosting farmers’ markets, outdoor concerts and various community gatherings.

The walkability and sophistication of New Canaan attract many New Yorkers who aren’t willing to sacrifice accessibility to world-class restaurants and luxury shopping. You can find a classic colonial home or modern masterpiece within walking distance to fine restaurants, boutiques, antique shops, a movie theater, and interior design shops. The town also offers plenty of community events, such as seasonal fairs and sidewalk sales. Elm Street is considered the heart of downtown and from there you can walk up and down small alleyways to find hidden gems.  Surrounding town you can find a mix of newly built luxury townhouses that could cost as much as $3 million, as well as more modest condos, ranging from $350,000.

New Canaan also attracts many young families from the city due to its highly rated public school system. For those looking for easy access to the city, New Canaan recently resumed its express Metro-North service, which gets you directly to Grand Central during rush hour on the weekdays in just over an hour.

Much like New York City, Norwalk has many diverse neighborhoods, each benefiting from a style and vibe that meshes modern living with a historic past. Popular for young professionals and families, Norwalk offers the sought-after suburban lifestyle with easy access to a lively downtown, New York City and the Long Island Sound.

South Norwalk (SoNo) is the popular restaurant and retail center and is a recognized historic district. It’s also home to some of the more eclectic architecture, with 18th century brick clad buildings that line Washington Street. The town’s two sandy beaches and several ponds, a variety of golf courses, tennis courts and wonderful parks provide residents with a wealth of recreational opportunities.

For those who need to commute to the city, Norwalk has four Metro-North stations: three on the main line of the New Haven route (Rowayton, South Norwalk, and East Norwalk) and a fourth on the Danbury Branch (Merritt 7).

All of these towns are great options for those who are looking to move out of New York City. If you’re interested in exploring any of these towns, please reach out to us to learn more about life in these towns or get started in your search. 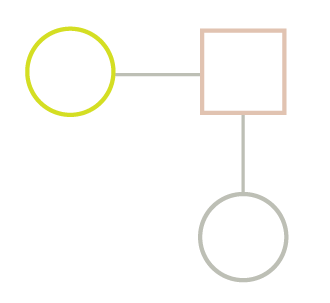 The Riolo Team is a team of real estate brokers affiliated with Compass. Compass is a licensed real estate broker and abides by equal housing opportunity laws. All material presented herein is intended for informational purposes only. Information is compiled from sources deemed reliable but is subject to errors, omissions, changes in price, condition, sale, or withdrawal without notice. No statement is made as to accuracy of any description. All measurements and square footages are approximate. This is not intended to solicit property already listed. Nothing herein shall be construed as legal, accounting or other professional advice outside the realm of real estate brokerage.